April 9th through 15th was the National Library Week. The NCLab Team loves libraries. They are the only institution in the U.S. where anybody can visit, get help, and learn. No matter his or her age or social status. If you think that schools do this, think again. Some libraries don’t even wait for you to come – they come to you! 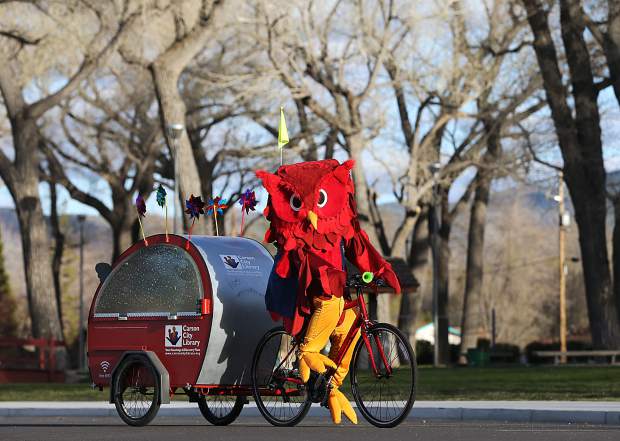 NCLab is proud to be an integral part of the Nevada library system, providing patrons with easy to access and easy to learn game-based courses in critical 21st century job skills including computational thinking, computer programming and 3D modeling. NCLab was part of a celebration that took place in Carson City on Wednesday April 12. Here are a few photos. The first one shows Jen and Sheila manning the NCLab exhibit. The exhibit included 3D prints and laser-cut designs made by students, textbooks, flyers, stickers, several issues of Full STEAM Ahead, and Chromebooks with live demos of the Karel, Turtle, and 3D modeling courses. 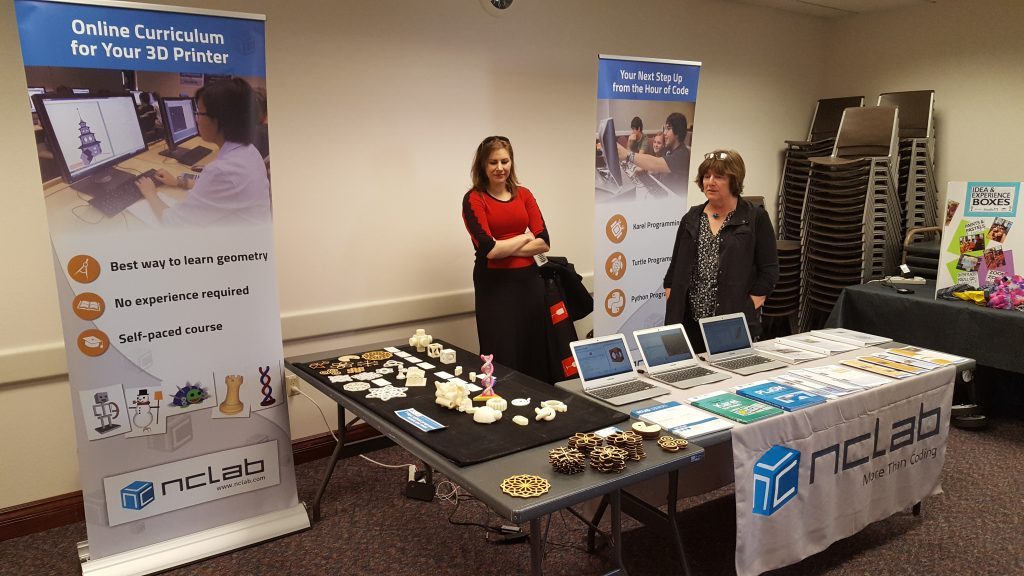 This picture shows the NCLab team. From left to right: Jen (sooner or later, you’ll talk to her on the phone), Sheila (prepares educational materials, and trains and supports teachers), Vas (marketing and sales guru) and Pavel (the guy to blame for making your course too difficult). 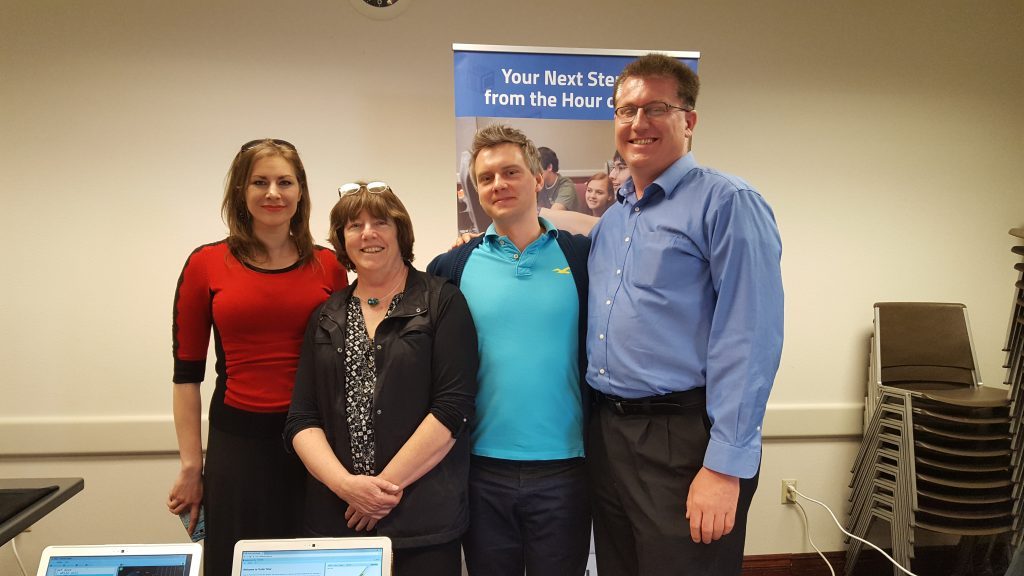 We were so excited about meeting many librarians and having great conversations with them! 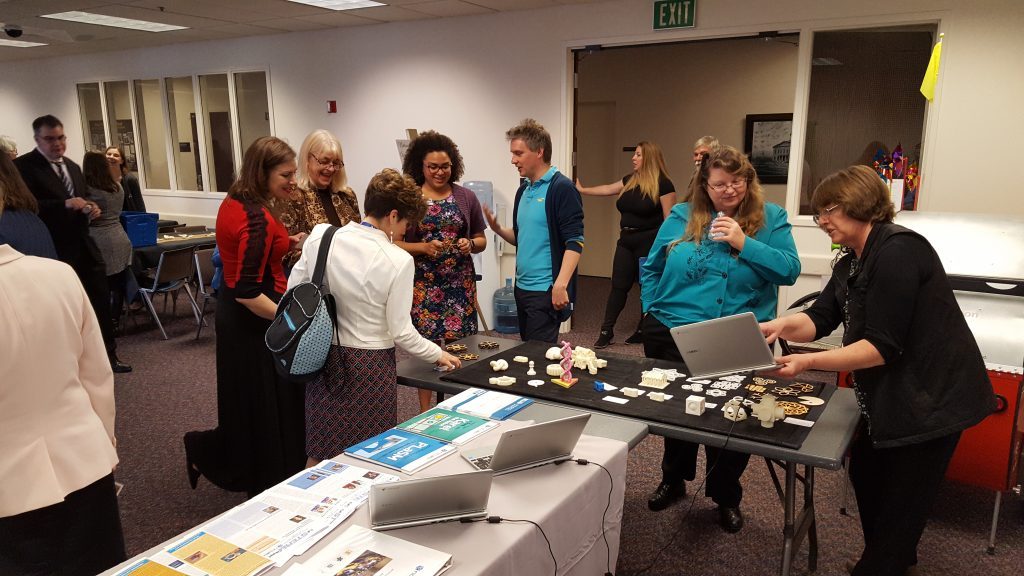