Video Games Are Good for Learning

by James P. Gee, (Regents Professor and Fulton Presidential Chair of Literature Studies at the Arizona State University. Member of the National Academy of Education) 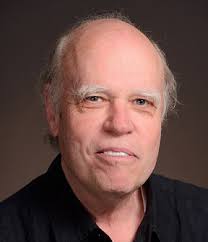 The video games that I think are most interesting for learning, are digital simulations of worlds that are “played” in the sense that a player has a surrogate or surrogates through which the player can act within and on the simulation and that have “win states” (reachable goals that the player has discovered or formed through his or her surrogate). By the way, in augmented reality games, a person can be playing a virtual role (e.g., urban planner, toxic spill specialist, detective) in a rule system that is designed to play out partly in a virtual world and partly in the real world.

Games are simulations that are focused on problem solving and which players can enter and not just inspect from the outside. Since humans learn best from experiences that are focused on well-mentored problem solving, games are an ideal setting for learning. And, by the way, games have teachers: the game designer and the mentoring and teaching built right into the game design itself.

Video games don’t just carry the potential to replicate a sophisticated scientific way of thinking. They actually externalize the way in which the human mind works and thinks in a better fashion than any other technology we have. We humans think by simulating and testing possible courses of action in our minds before we act. Video games are just an external simulation and testing platform, directly supplementing our minds with the potential to better prepare us to act in the world (Imagine that Presidential candidates had to win at least one game of Civilization before they could run for office).

Writing, digital computers, and networks each allow us to externalize some functions of the mind. Though they are not commonly thought of in these terms, video games are a new technology in this same line. They are a new tool with which to think about the mind and through which we can externalize some of its functions. Better yet, they allow for collaboration and collective intelligence as forms of intelligence than can far transcend our individual knowledge.
Video games are good for learning because, among other reasons, they have the following features:

None of this is to say that video games do these good things all by themselves. It all depends on how they are used and what sorts of wider learning systems (activities and relationships) they are made a part of. None of these reasons why video games are good for learning stems primarily from a game’s great 3-D graphics or the mere fact that it is a game in the general sense of “game”. The cutting edge of games and learning is not in video game technology—although great graphics are wonderful and technical improvements are important. The cutting edge is realizing the potential of games for learning by building good games into good learning systems in and out of classrooms and by building the good learning principles in good games into learning in and out of school whether or not a video game is present.

Reference to full article: “Why Are Video Games Good For Learning?” by J.P.
Gee