Use math to solve real-world problems, organize data, and understand the world around you.

Alex wants to build a 3D model of a biplane and print it on a 3D printer. In order to do this, he needs to learn a lot:

Alex also learns that the 3D shape of the model is just a small part of the larger picture. 3D models are further used for engineering analysis to calculate mechanical, thermal, electromagnetic, and other properties of 3D objects. This is called Finite Element Analysis (FEA). NCLab has a FEA module where students can connect 3D modeling with other areas of engineering analysis. 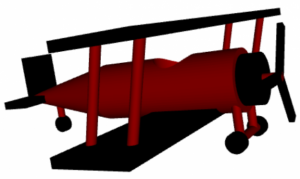