2016 was an exciting and productive year for NCLab. We have started several new projects in Nevada, welcomed new team members, made important changes to all courses, added new open source software to the free Creative Suite, and improved NCLab’s internal client-server infrastructure.

In 2016, NCLab became an integral part of the Nevada Ready 21 program of the Nevada Department of Education. This is a one-to-one computing program that put initially 20,000 Chromebooks with the NCLab coding and 3D modeling curriculum and additional apps in the hands of middle school students across Nevada. As part of the program, we trained dozens of teachers both in Northern and Southern Nevada. The NCLab coding and 3D modeling curriculum was endorsed by Nevada Governor Brian Sandoval (see Issue 1 of this newsletter for details). In 2016, NCLab was also adopted by the Nevada system of public libraries. Libraries are using NCLab’s self-paced and self-graded courses for programs and camps. The NCLab program at the Carson City Library won the prestigious nation-wide YALSA award. In 2016, NCLab was also adopted by Signature Academies (CTE high schools) in Reno, and an innovative STEM program for Northern Nevada schools by Brian Crosby that combines building and operating drones with coding and 3D modeling. 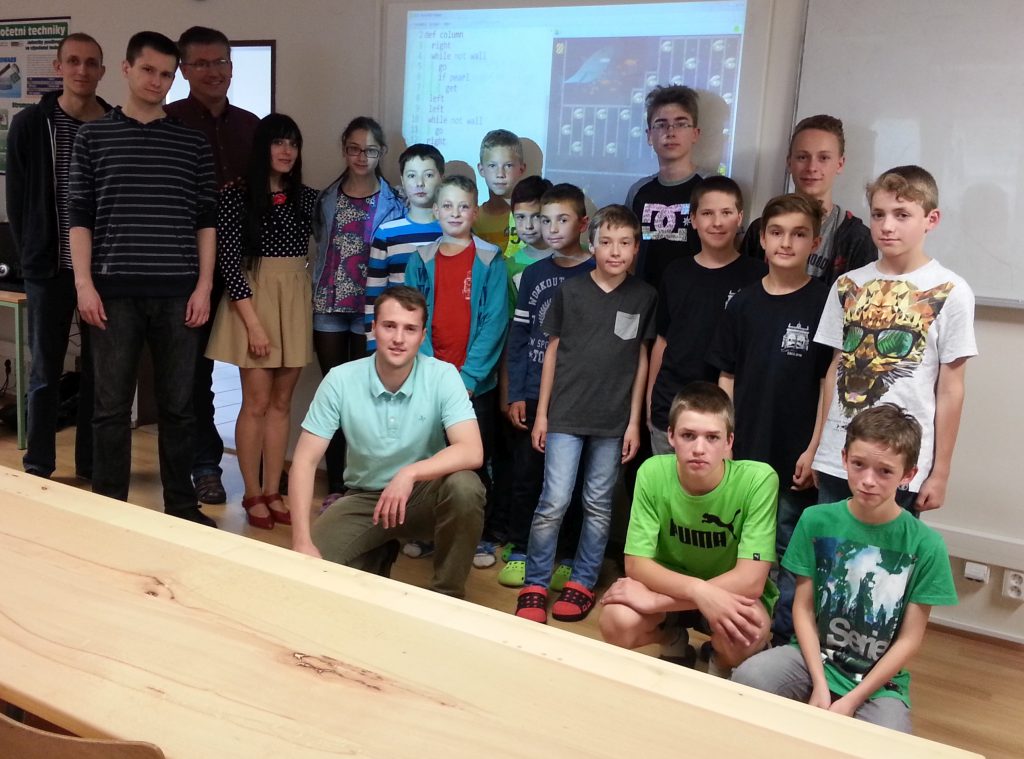 Part of the NCLab Team visiting an after school program

In 2016, former geologist and brilliant K-12 teacher Sheila Crawford-Bunch joined NCLab as a new Director of Education. Sheila is developing lesson plans and other materials to accompany NCLab’s self-paced and self-graded courses, and the Creative Suite. She is also supporting teachers and librarians. This year we also welcomed Bernard Jech as the new Director of Software Development. Bernard is an experienced software engineer and database expert who lead teams of programmers at several large U.S. companies. Last but not least, we welcomed Alicia Seefeld as a new office coordinator. Alicia is doing a great job organizing calendars and many invisible workings of the whole team.

At NCLab we eat, breathe and sleep the self-paced and self-graded coding and 3D modeling courses. There were so many changes and improvements to the courses that it’s impossible to list all of them. But here are at least some of them:

In 2016 we mainly focused on new features requested by instructors, on course improvements, and on improvements of the underlying cloud platform. Therefore we only added one significant open source package – OpenSCAD. This is a popular 3D modeling library that is used by hundreds of thousands of users worldwide. It’s architecture and usage is slightly different from PLaSM, see http://www.openscad.org/. Thanks to NCLab, OpenSCAD is now usable on mobile devices including tablets and Chromebooks. 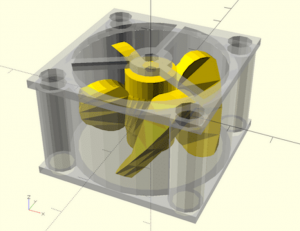 Much changed in NCLab that a regular user cannot see. First of all, most processes in NCLab are now asynchronous. This means that the Controller delegates work and immediately moves on, without waiting for the response from the database or the nodes. This process already improved the overall efficiency of NCLab and further improvements are expected once it is completed in 2017. NCLab now has quality internal performance monitoring based on Zabbix which allows us to see in real time how the Controller, Database and Computer Nodes are doing – including their Internet connectivity. If this does not sound like paradise to you, it certainly is paradise to us. We also improved internal reporting from courses. Whenever a student makes a mistake, we receive anonymous feedback which helps us to identify what parts of the courses may need improvements. This is just the tip of the iceberg but let’s stop here before we get too technical.

Last but not least, NCLab was (again!) invited to give a hands-on coding and 3D modeling workshop at ISTE 2017 – this time a full-day workshop. 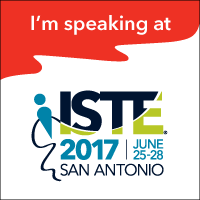 NCLab also became member of the American Library Association (ALA), and we launched a monthly Newsletter!