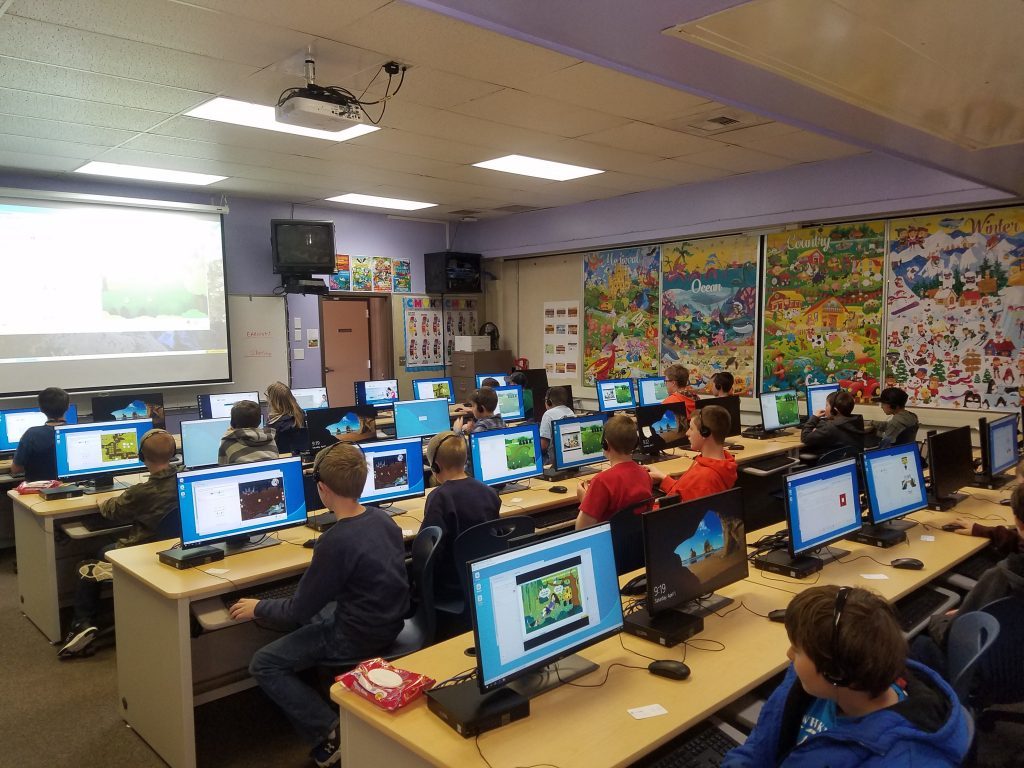 On Saturday, we had an unexpected treat! Cliff Motherall was flying his glider in the field below the school, and took a few minutes to show us how his RC glider worked. Cliff can remotely control the rudder, ailerons and flaps to steer, bank, climb and descend, and he can also receive data back from the glider about factors such as altitude and temperature. The glider and controller use open source software such as OpenTX. It was fun to see programming in action! 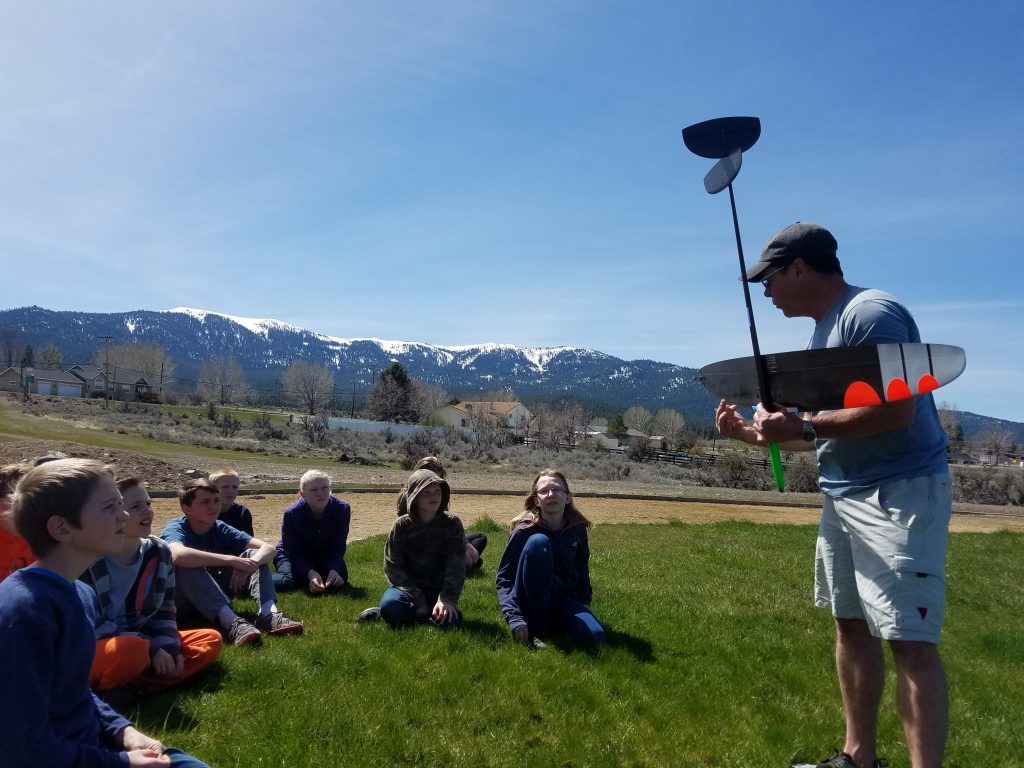 Once we had some Tina designs and 3D models, it was time to print. We used a Brother Scan N Cut to draw or cut Tina designs, and Flashforge 3D printers to build the models. In this screenshot, you can see several STL files loaded into the 3D printer. They can be printed in the same batch, which saves time. We scaled the models down to about 2 cm each to save time and print as many as we could during the camp. 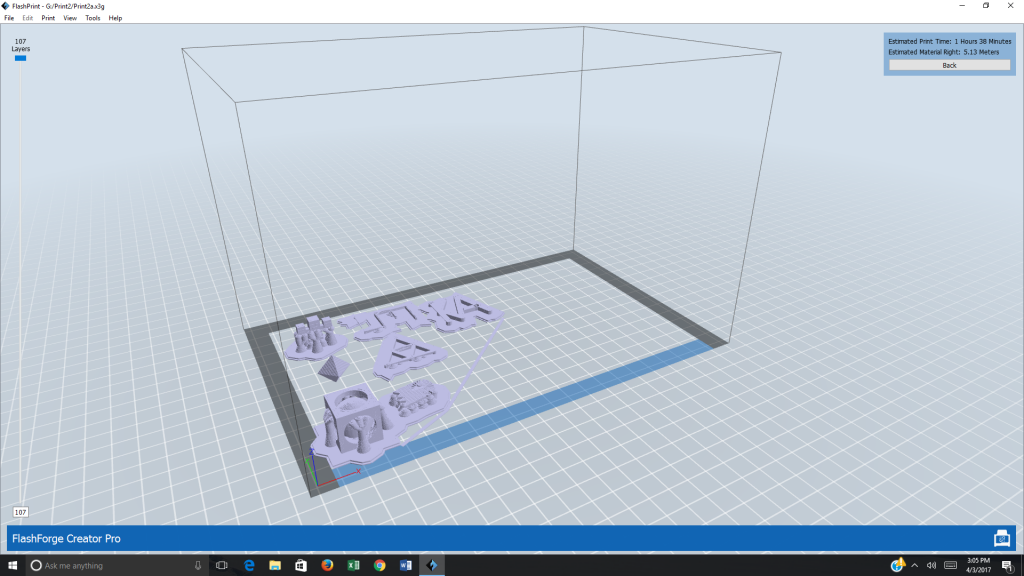 Here, Angelica used an SVG file to print out her Turtle nested loop drawing. The Scan N Cut plots the lines with a pen the same way that the Turtle draws them on the computer screen. The inner loop draws a square by repeating a line and turning 90 degrees 4 times, then the outer loop turns Tina 10 degrees to a new starting position, drawing 36 squares in all. Did you notice the relationship? 90 x 4 = 360 degrees, and 10 x 36 = 360 degrees. It’s all about dividing up a circle! 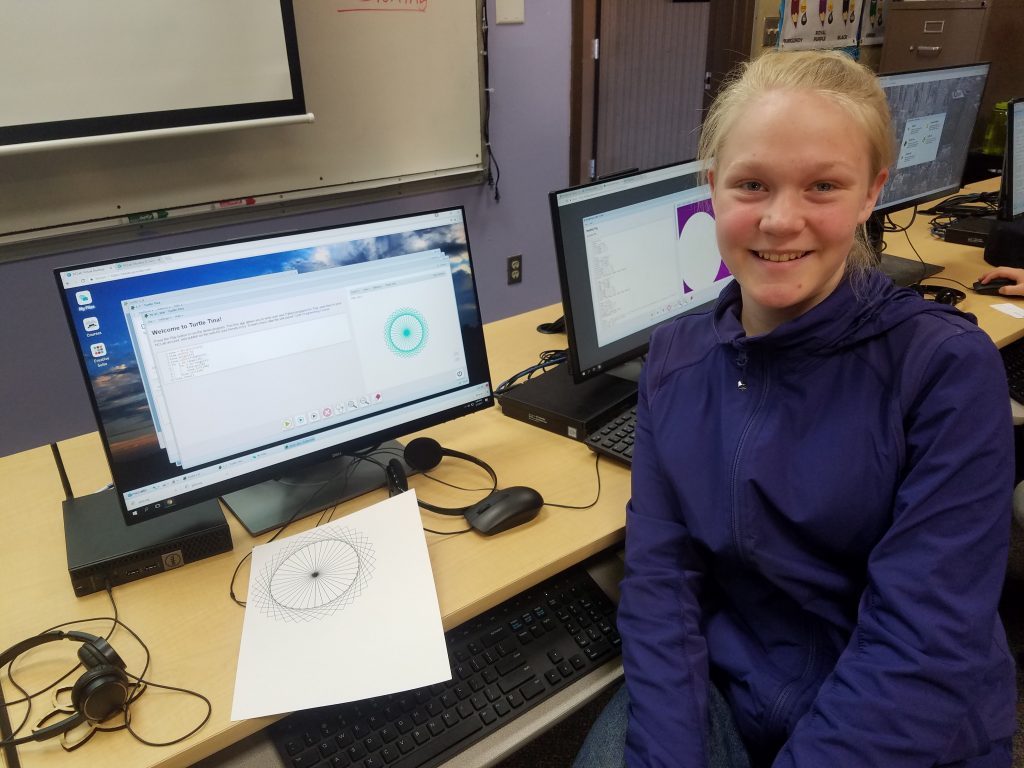 Here is a detail of the Scan N Cut plotter working: 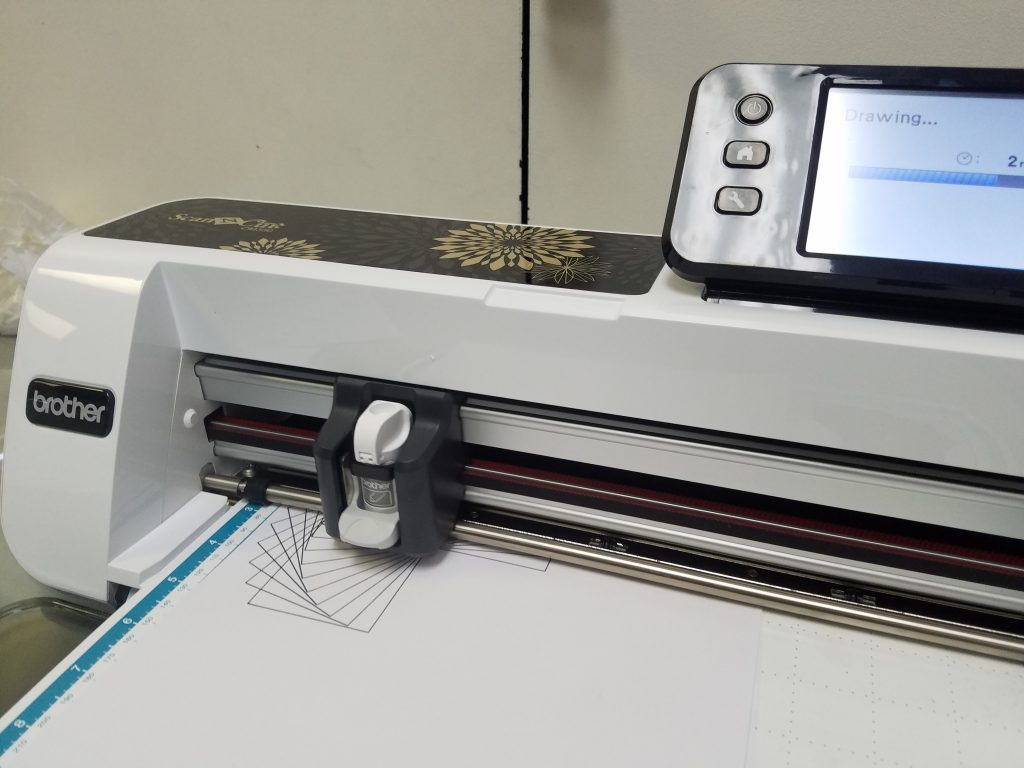 Turtle designs can be both printed on a 3D printer, or cut out of basswood using a laser cutter! 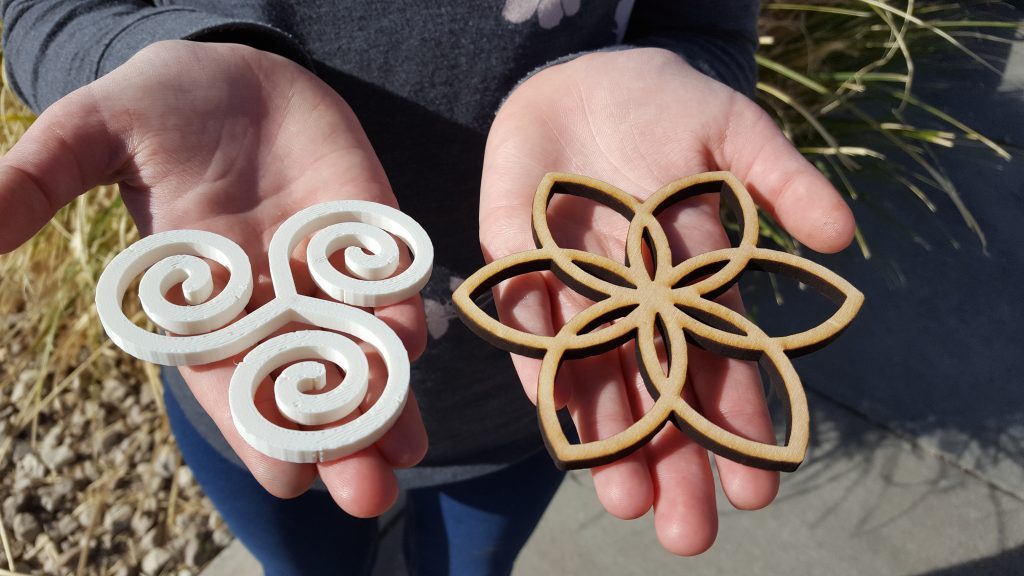 Students get acquainted with manipulating shapes in 3D space: 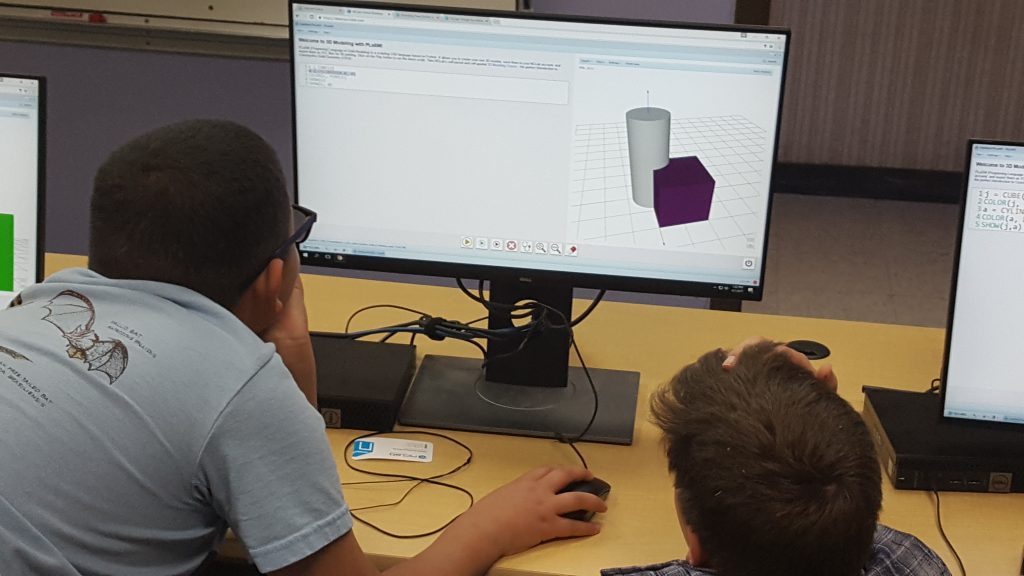 As in any NCLab camp, the atmosphere is sparking with creative communication: 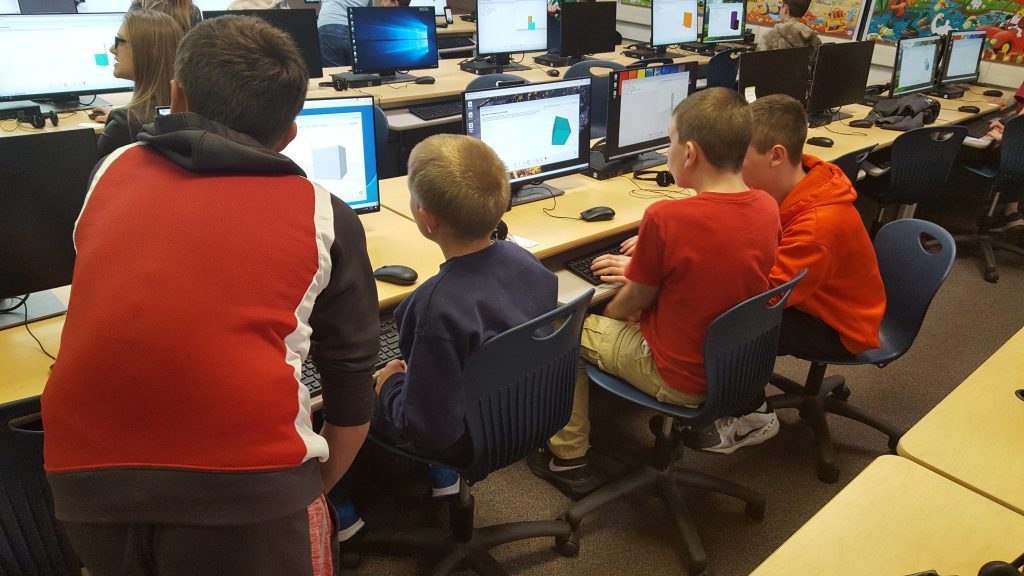 Many thanks to the Lassen County Office of Education, to James Giles for facilitating the camp and helping the students use the new 3D printers, and to Principal Vicky Leitaker for providing access to the beautiful new computer lab at the Richmond School.