This year we decided to try something new and give a full-day workshop. We named it “Gentle Introduction to Coding and 3D Modeling for Beginners”. It was an experiment – in previous years we always have done shorter three-hour workshops. The shorter workshops were typically attended by around 100-150 people. This year we only had 20 participants. Perhaps this was the result of the steep price that ISTE is charging for full-day workshops, or is was the long time commitment. But what initially seemed disappointing actually turned out to be very good. All participants this year were REALLY interested in the subject. They were a diverse bunch including teachers, principals, technology coordinators, district IT specialists, and even young entrepreneurs who want to teach coding. Below are a few photos. In the first one, Sheila (second from right) is explaining the story behind the 3D prints and laser cut items: 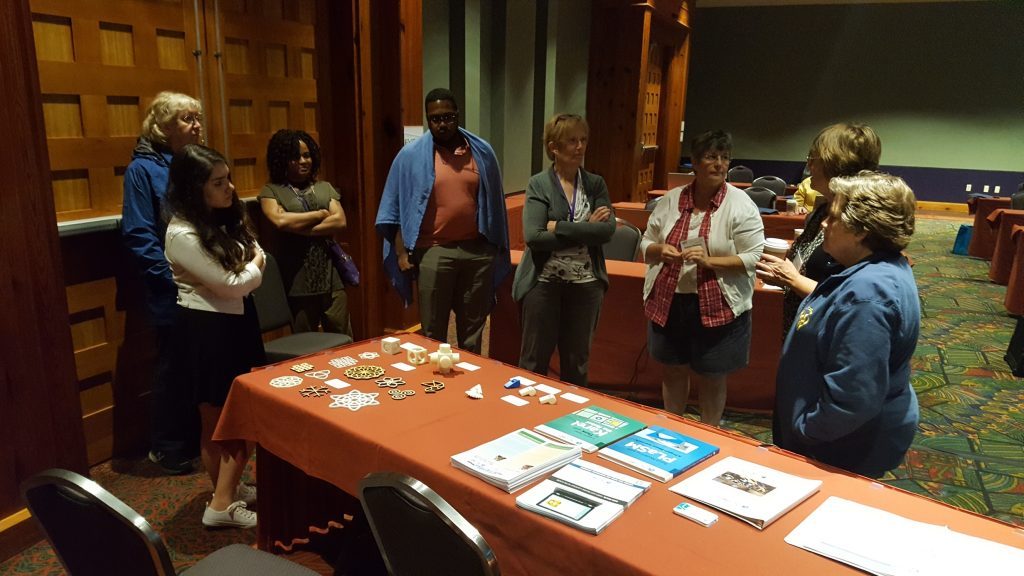 The first two hours were dedicated to Karel the Robot, followed by another hour spent with Turtle Tina. 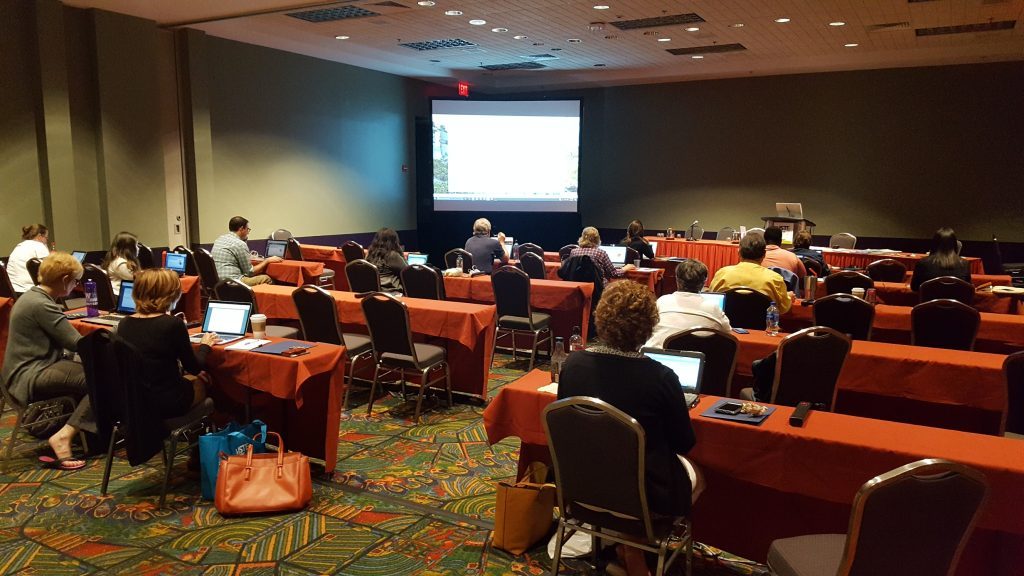 The rest of the time after lunch was dedicated to 3D modeling. Not having enough time for the game-based course, we explained the basics of 3D modeling on a sequence of simple projects. One of them was this wrench. NCLab shined as always – it took less than 10 minutes, and EVERYONE GOT IT! Just by reading the script, I bet you can get it as well! 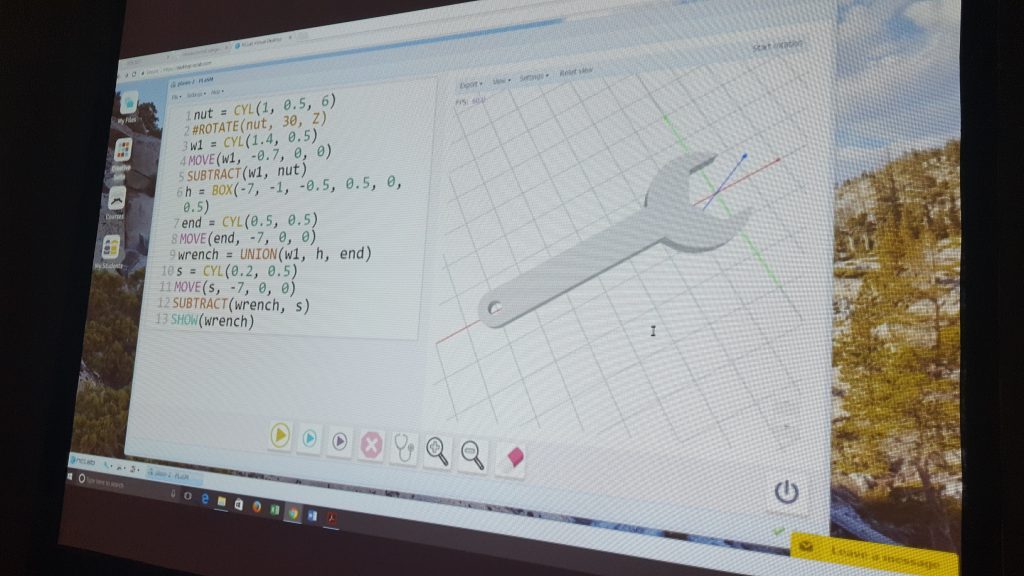 Sheila with Samantha, a teacher from Hawaii and our new friend, at the Alamo: 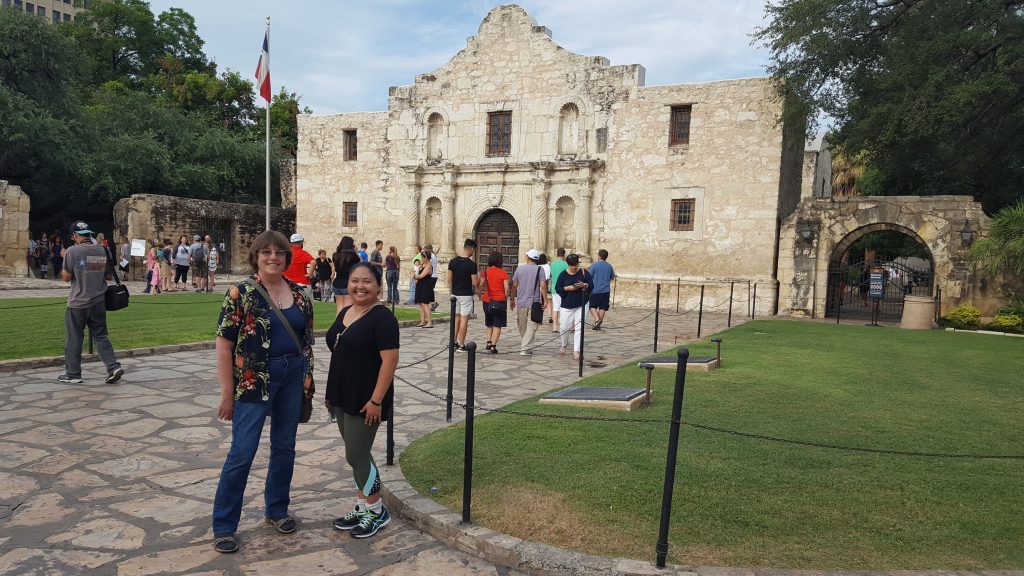 What would be a visit to San Antonio without walking the River Walk? 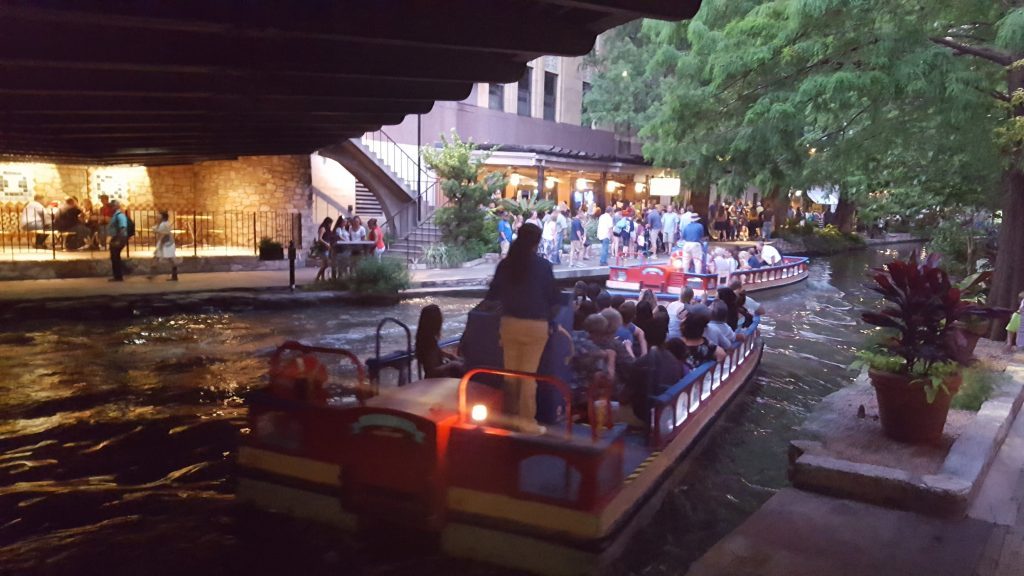