NCLab’s Hour of Code Tutorial Finalized Based on Code.org’s Feedback

For those who don’t know Karel the Robot – this is a legendary educational programming language that was used to teach computer programming to millions of kids worldwide. It’s main advantages are super simple logic and syntax, as well as its visual nature, that allow kids to learn computational thinking and computer programming quickly, without being intimidated by the complexity of real programming languages. After mastering Karel, students find it much easier to transition to Python and other modern languages.

Based on suggestions of Code.org, we removed several levels where Karel was guided with the mouse in manual mode, we made it even easier and faster to go through, we added music, and we added a continuation code so that students can easily pick up where they left off. Try it here! 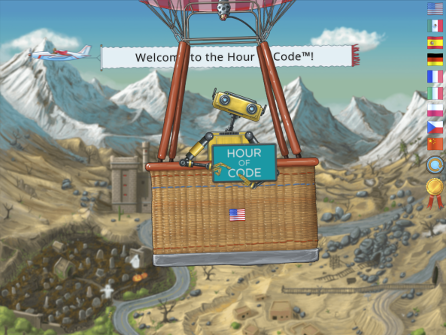