Nevada’s Economic Diversification is all about STEM 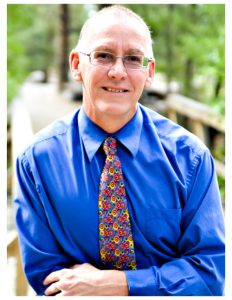 Nevada is changing. Where once as a state we were known mainly for our gaming, tourism, and hospitality industries, we have now added to our portfolio many new and exciting industries such as clean energy, robotics, battery manufacturing, drones, and autonomous vehicles. Nevada’s established industries are also changing as technology and entertainment collide. Together, these industries old and new are building the “New Nevada.” The common element in the industries of the New Nevada is the requirement for specialized knowledge and skill sets in Science, Technology, Engineering, and Mathematics (STEM).

As Nevada changes, so too does the world around it. Technology affects all aspects of life, and we are connected instantaneously to events around the world. As the world grows more interconnected, its challenges grow in complexity. Change brings opportunities to solve new challenges. Nevada’s future depends on its students being prepared to meet a wide variety of challenges both at work and outside of it. Those who have a solid foundation in real-world problem solving and experimentation, the bedrock of a rigorous STEM education, become confident, critical thinkers with the creativity to find solutions to the challenges they face. No matter the career pathway they pursue after high school, all students benefit from the skills learned in STEM.

The recession that started in 2008 hit Nevada harder than most states. Leading up to the recession, Nevada’s economy had thrived on the strength of its tourism, gaming, and hospitality industries. These industries fueled a residential and commercial construction boom, particularly in Southern Nevada. As the rest of the nation struggled with a contracting economy during the recession, less discretionary income elsewhere meant fewer visitors to Nevada and less money spent by those that did come. This cratering of the tourism industry spread to other industries across the state, including construction, small businesses, and retail and resulted in the unemployment rate peaking at 13.7% in 2010 . Nevada led the nation in unemployment, bankruptcies and foreclosures.

In 2011, Nevada embarked on an economic development strategy to diversify the economy and catalyze innovation. This unified economic development effort led to efforts in the state to recruit, retain, and expand businesses in targeted industry sectors, and expanded global engagement to facilitate export growth. The success of this ongoing effort is evident in the number of innovative companies that have relocated to or expanded operations in Nevada, including Tesla, Faraday Future, Hyperloop One, Switch, and others.

Since 2011, Nevada has made significant investments in STEM education around the state and has established an infrastructure to carry the work forward.

For more information on how to become of part of this movement, please contact Dave Brancamp at dbrancamp@doe.nv.gov or at (775) 687 -5930.