Photos from NCLab Coding Camp at the Reno Northwest Library

The camp took place last Saturday, September 10, and it was attended by about 12 kids and some parents (the library only has 12 laptops). The instructors, Kevin and Colin, were fantastic. Everything worked out of the box. Our team was present just to make sure that any eventual problems are resolved quickly, but there weren’t any. Anyway we liked to be there. One cool thing Kevin and Colin did was to project the tutorial videos on a large display on the front wall. 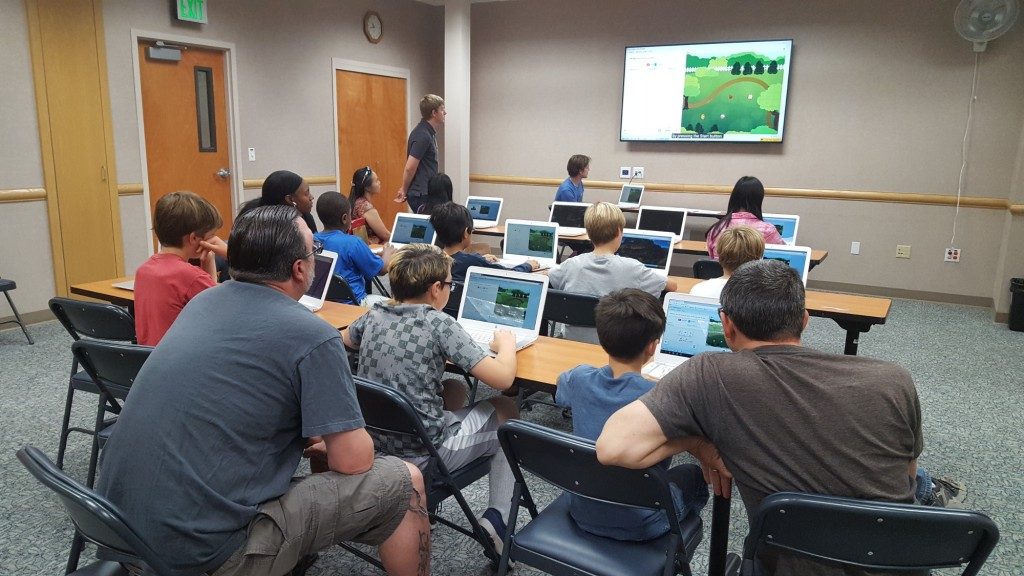 Then they used the display to project the students’ progress. Students always like this because they see where everybody else is.

And now some photos of young programmers and their engaged parents! 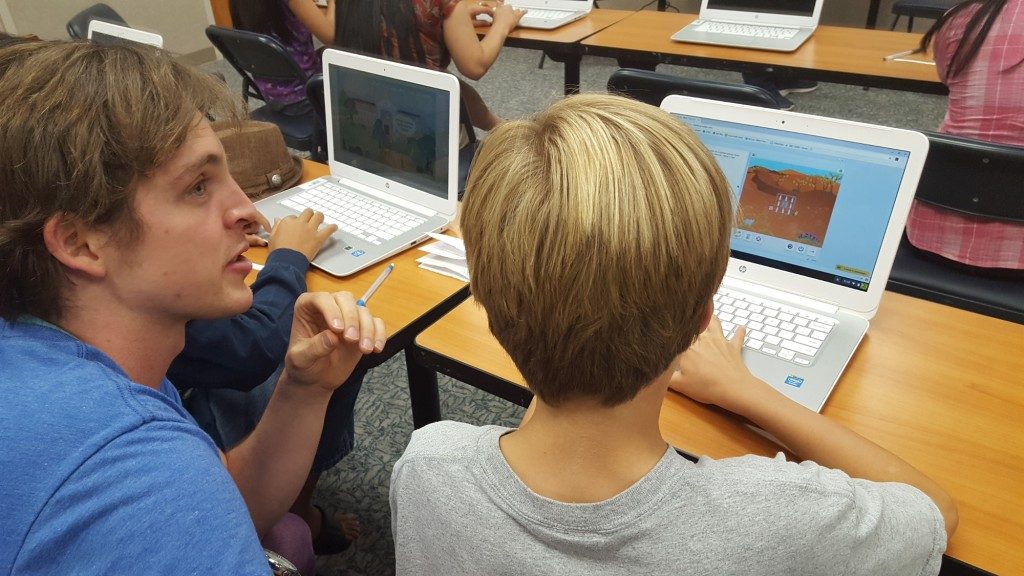 Parents – kudos for being there with your kids! 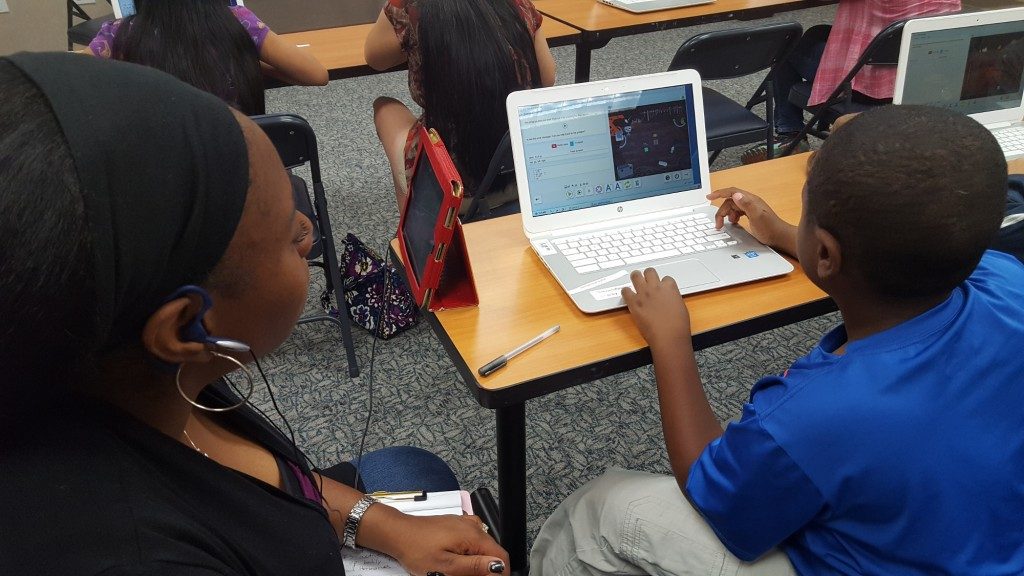 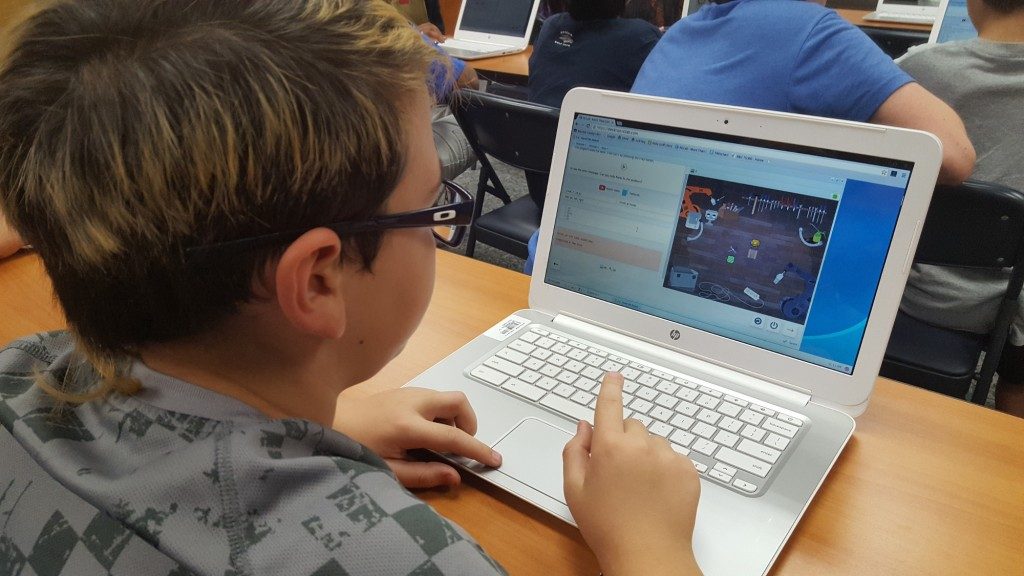 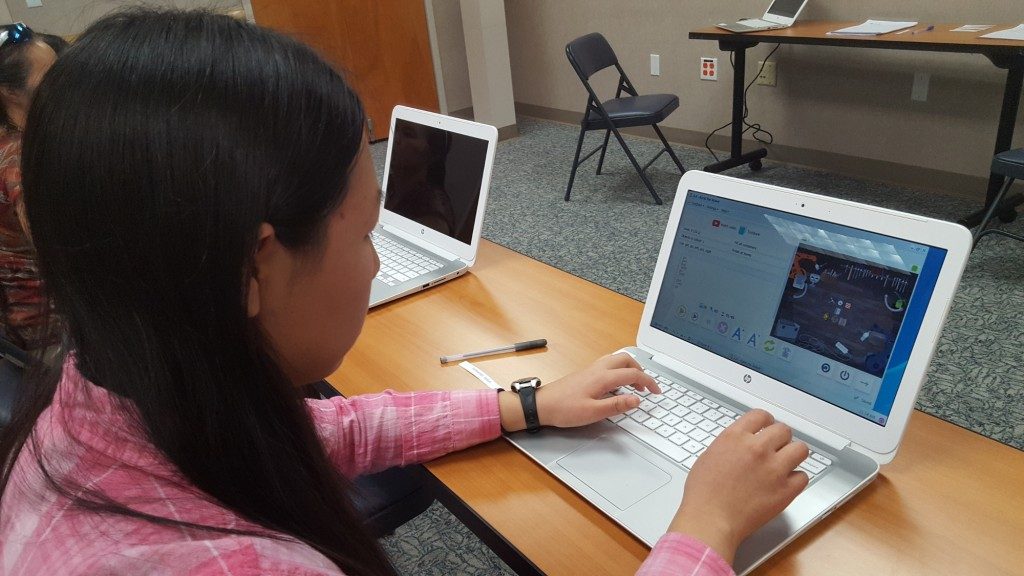